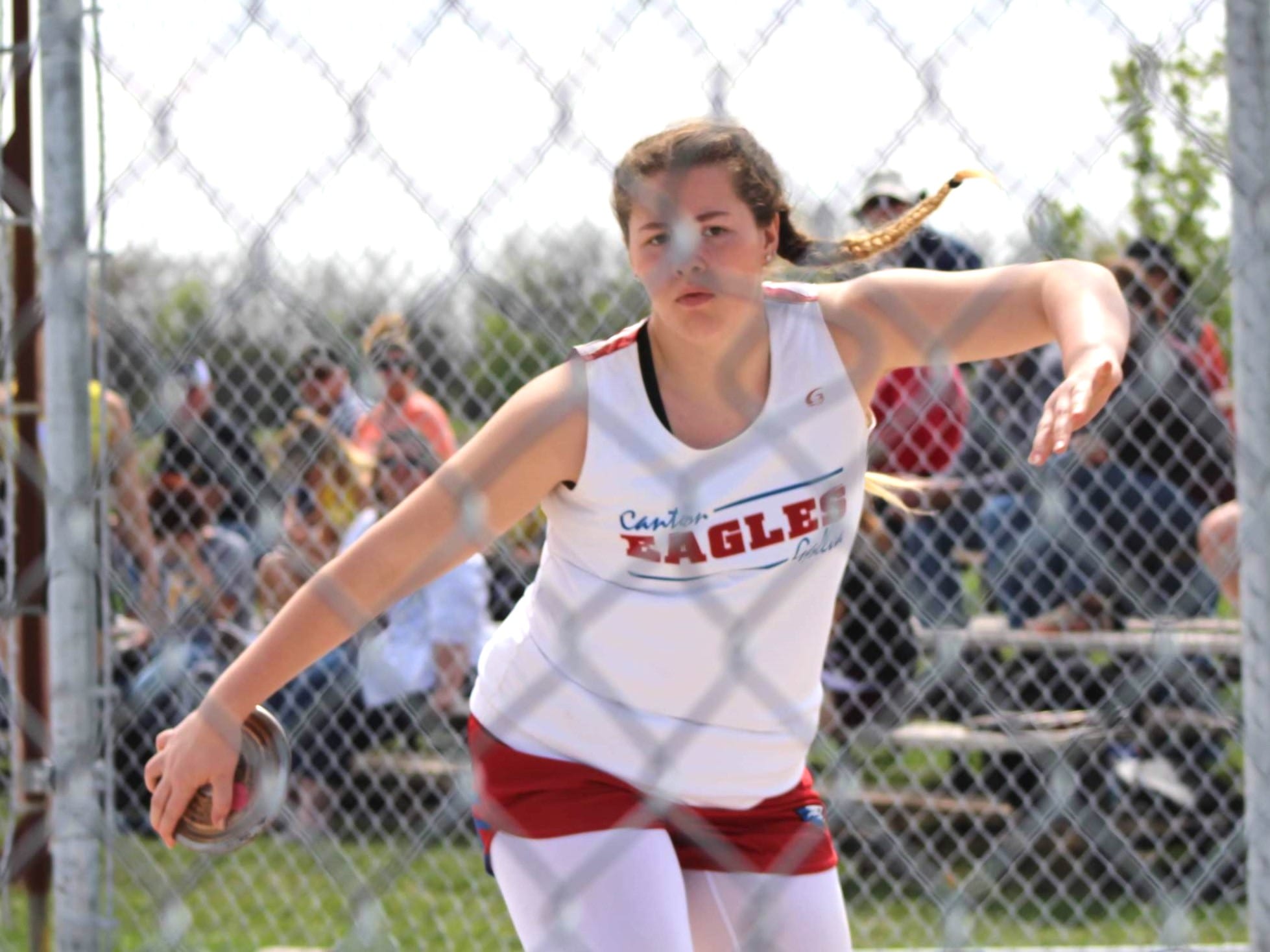 Doughman participated in volleyball, basketball and track and field for the Eagles. Last season, she took sixth in the Wheat State League in the shot put, where she had a personal record throw of 32’2”.

She then threw the discus 91’6” at the league meet and then finished eighth at the Smith Center Regional.

Not only is Doughman involved in sports at Canton-Galva, she is also heavily invested in F.C.A., Student Council, National Honor Society, Youth Advisory Council, F.B.L.A and Robotics.

Next year, Doughman will be attending Wichita State University and plans to major in Engineering.