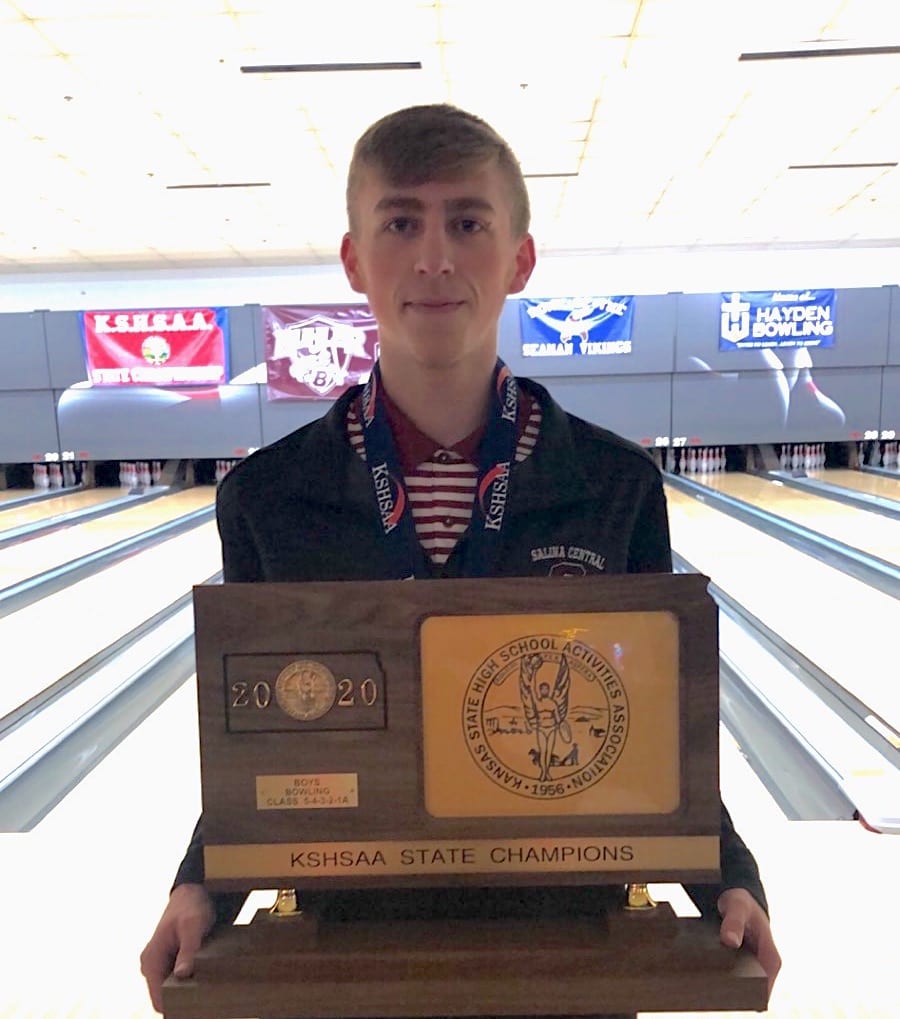 Salina Central’s Bradley Gawith is this month Alley Bowler of the Month. Gawith started bowling several years ago when a friend showed him the ropes. “I started bowling when I was 14 and my friend and teammate, Chase, influenced and showed me how to bowl,” said Gawith.

Now a member of the bowling team at Central, Gawith believes the team is unstoppable when they want to be. “When we all work as a team we are unstoppable. Like this year we had amazing teamwork and we won state with it,” said Gawith.

Winning a state title will always be a great memory for Gawith and his teammates, but sometimes it’s the little things that stand out. “Winning state was for sure my best memory, or maybe eating at CiCi’s Pizza with the team, they have amazing pizza,” said Gawith.

What’s in store for his future? Gawith is hoping to continue bowling at the next level. “Hopefully bowl for a college. Continue with bowling and my career pathway,” said Gawith.