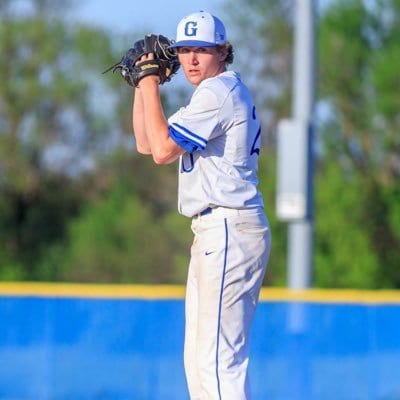 The Goddard baseball team is the Salina Chamber Team of the Month.

Last season, the Lions went 16-6 and lost in the regional final. They had several key players back this season, but due to COVID-19, KSHSAA cancelled the spring sports season.

“In my gut, knowing KSHSAA had already stopped the basketball tournaments, I was not surprised by our Governor’s announcement,” first-year coach Jim Foltz said. “What I wanted to hear is the delay/postponement of school and activities, instead, the spring was going to change drastically and suddenly for thousands of students and their families.”

Being in his first year, Foltz was taken aback by how involved his players were last summer when they reached out for workouts. He thinks that would have translated to success this spring.

“I was so taken by their maturity and desire to get to the next level,” Foltz said. “I had watched a few games and knew the talent, but the overall quality of young men they have shown in this brief time is so encouraging.

“While they will always wonder the “what if’s”, I am in firm belief each of these seniors will participate in collegiate athletics next year, embattling an attitude that leaves no doubt to what they could have accomplished.”

Foltz also said his program will be even better once games can be played again.

“We will come out of this crisis thirsting to challenge ourselves, as everyone has the same setback,” Foltz said. “Those who work diligently when the chances present themselves will be ahead.”