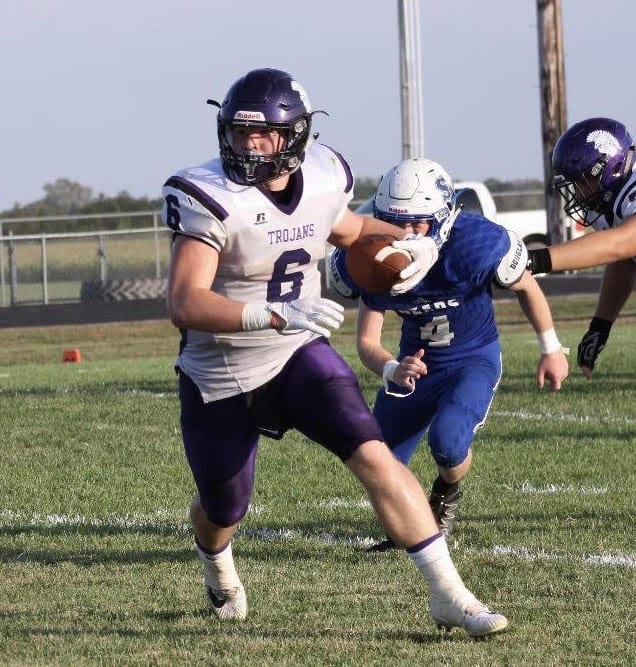 Bryant Banks of Southeast of Saline was chosen as the Jean Curry Athlete of the Month for April.

Banks is a three-sport athlete for the Trojans, competing in football, basketball and baseball. But one sport stands out the most for Banks.

As a junior last season, Banks was a solid two-way player for Southeast of Saline. As a running back, Banks ran for 969 yards and 21 touchdowns, while also racking up 106 receiving yards and two more scores. As a linebacker on defense, Banks recorded 35 tackles, 12 tackles for a loss, a sack, while also forcing two fumbles, recovered another and then returning an interception for a touchdown.

He was one of the top players for the Trojans, who went 7-3 and lost in the second round of the playoffs.

Here is Banks’ scouting report on himself:

“He’s a big physical running back and downhill runner. He needs to work on his quickness and lateral movement.”

Banks wants to play football in college and plans to study accounting. Besides sports, Banks also participates in National Honor Society and Science Club at Southeast of Saline.