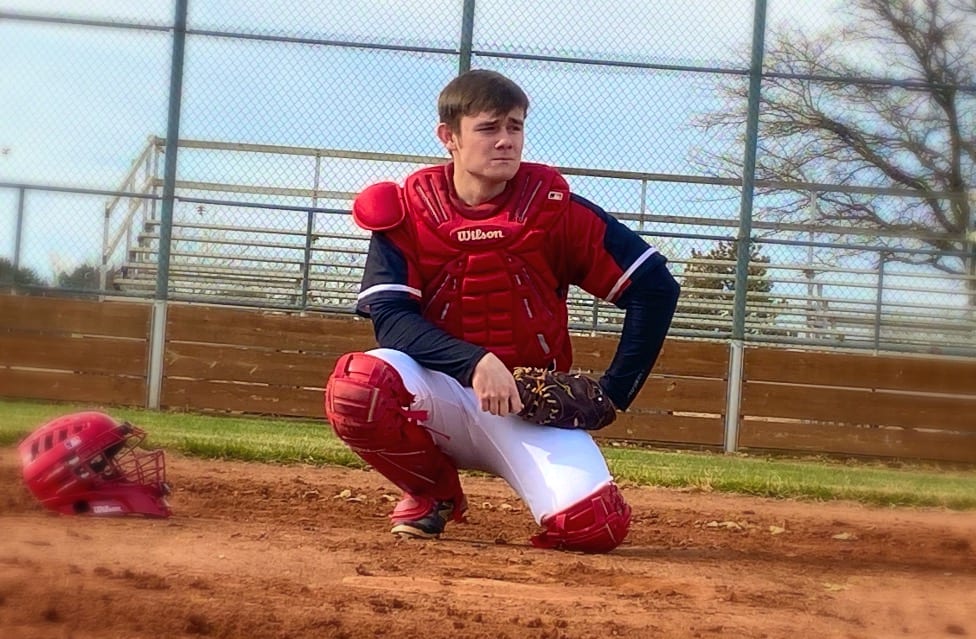 At the age of four, Connor Anglin started playing the game of baseball with an older team thanks to his parents and a little deception.

“My parents lied about my age so I could play on my brother’s seven year old team. I was able to hold my own against the bigger kids so nobody asked any questions,” said Anglin.

That started him on a path that would lead him to becoming the starting catcher for Salina High School.

I have always played catcher. My dad told me early on that it is the toughest position to play on the field. I took the challenge and fell in love with physicality of the position,” said Anglin. “When I was four I was diagnosed with a potential brain tumor. I have always put everything I had into being the best baseball player I could be. That is what makes my senior baseball season being cancelled so hard. I had put a lot of extra work in since the end of last season and felt this was going to be a beast of a year.”

The love for his team and teammates is obvious when you speak with Anglin.

“I love my team’s fun loving never quit attitude. The Cardiac Cards are like a second family to me,” said Anglin.

After graduating, Anglin is hopeful he will get the opportunity to continue playing the game he loves while pursuing a degree in Computer Science or Political Science.