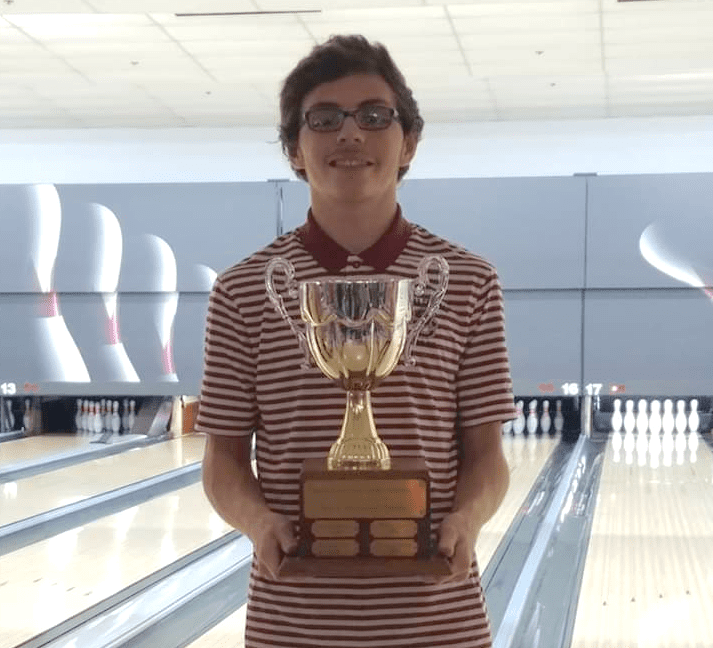 Chase Young, who is a bowler at Salina Central, has been chosen as the North Central Kansas Shelter Athlete of the Month for April.

Young, who is one of the top bowlers in the state, recorded a score of 721 at the 5-1A Tournament in February to help the Mustangs win their first state championship.

“I bowl all year round usually I do a lot of tournaments and league,” Young said.

It takes a great deal of skill to be the caliber of bowler that Young is and recognizes that not all people can be good bowlers.

“I’ll say this, I want to see a kid who says bowling isn’t a sport get on the lanes and try to figure out the oil and throw the ball in the same spot every time for 36 frames,” Young said. “Then tell me it isn’t a sport so yes I’d say I’m an athlete.”

Young also played basketball and football at Salina Central, but this year he focused on just bowling for his future’s sake. He is unsure about where he will be attending college.

He is also involved in choir at Salina Central.