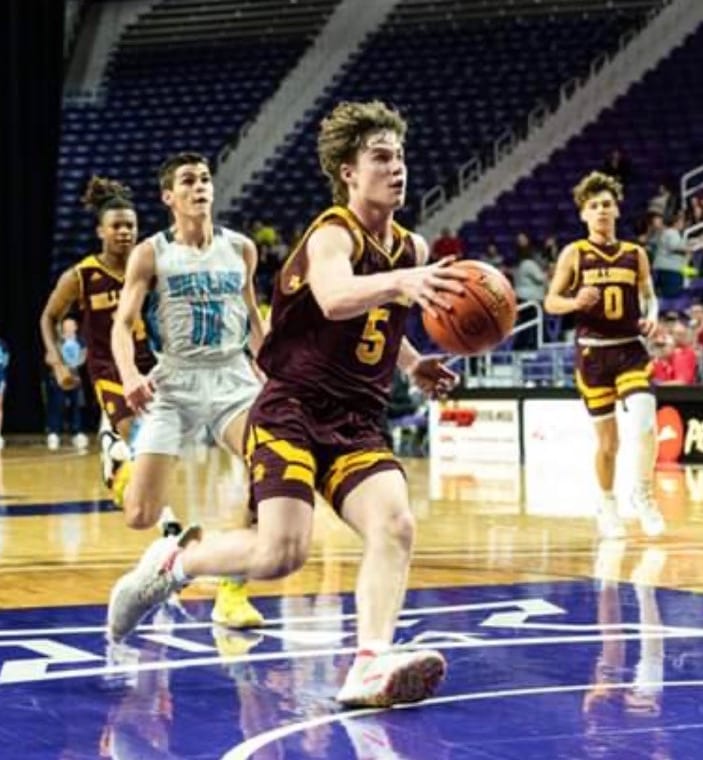 Matthew Potucek from Hillsboro was selected for the North Central Kansas Hog Wild Performance for the month of April.

Potucek scored 16 points in the Trojans’ 57-51 victory over top-seeded Pratt Skyline at the 2A Tournament in Manhattan.

With the game on the line late, Potucek hit two key free throws to seal the game for Hillsboro, which finished the season 15-9.

The Trojans never led until the final seconds of the game and trailed by double-figures for most of the game.

“When we were down by that much I knew that we were playing pretty bad,” Potucek said. “And that if we started to play better we could definitely come back and win.”

Hillsboro was down by as many as 18 points at one point in the first half and by as many as 11 points in the third quarter, but hot shooting in the second half sparked the furious comeback. The Trojans shot 63 percent for the half.

Potucek said he felt the momentum begin to shift in the second quarter when Hillsboro cut Pratt-Skyline’s lead to seven at halftime.

“I felt the momentum shift probably in the middle of the second quarter because we started to hold them,” Potucek said. “Then we shortened the lead to where we were down seven at halftime.”

Potucek, who is just a sophomore, finished the season averaging 14.2 points, 5.9 rebounds and 2.4 assists per game.