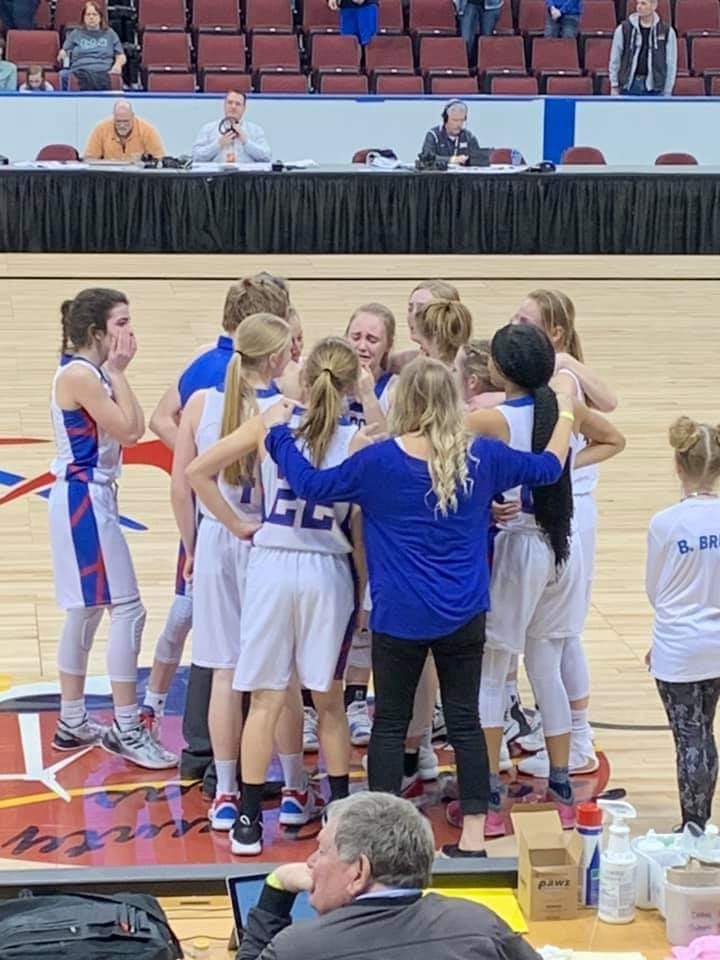 The 2019-2020 basketball season was supposed to be the icing on the cake for an incredible four-year run for the Hanover girls program.

Before this year’s 1A tournament, the Wildcats had gone 99-10 over the past three years, with two state titles and another state title game appearance last season, where they fell to Central Plains.

But due to the COVID-19 outbreak, all state tournaments were cancelled after first round games.

Hanover defeated Otis-Bison 41-36 in the first round at Dodge City and then was set for a rematch with undefeated Central Plains in the semifinals.

But head coach Chris Biekmann knew something was going on at halftime of the Otis-Bison game when he saw other team’s players crying.

“It hit me hard; still does,” Biekmann said. “So when I got to the court, a couple of girls noticed how emotional I got and at that point I had to tell them, that no matter how this game goes, our season would be coming to a conclusion.

“With six seniors on the team it hit them hard for about two minutes. Then like our girls always do they battle through it, overcame a halftime deficit and won a tough game against a good Otis-Bison team.”

Two seniors, Tianna Lohse and Cadlee Stallbaumer, who have played varsity since they were freshmen, led the Wildcats.

While the Wildcats have had successful seasons over the past three years, Biekmann, in his opinion, said this year was one of the most successful in the school’s history.

“It is one of Hanover’s best seasons,” Biekmann said. “I believe that even though we didn’t get to the game we wanted (against Central Plains) that the season was a great success.

“(We won) another TVL League Championship and only one loss on the resume, which we ended up revenging later in the season against Frankfort.”