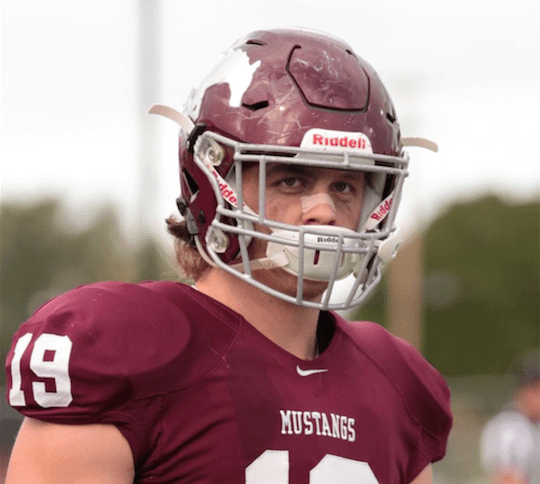 Quinton Stewart of Salina Central was voted as the Salina Ortho Comeback Player of the Month for the month of February.

Stewart suffered a left intra articular olecranon fracture with displacement during his junior season. He had surgery on October 23 and rehabilitated for nearly seven months.

One of the biggest obstacles that faced Stewart was being able to regain strength in his tricep. Now a year and half removed, he still does not have full strength and feels like he never will.

“The injury was really frustrating, to be honest,” Stewart said. “I was in a cast and a sling for a few months and I couldn’t do anything.”

Even though he felt the pain, Stewart finished the game against Maize then also played the game after before getting an x-ray.

“I didn’t think too much of it at the time,” Stewart said. “It was hurting pretty bad and I could barely catch a football. But I thought I could play through it.”

Stewart decided to graduate early from Salina Central and start his college career at Oklahoma State, even though it meant missing basketball season.

“I didn’t want to miss basketball,” Stewart said. “But it has been worth it.”