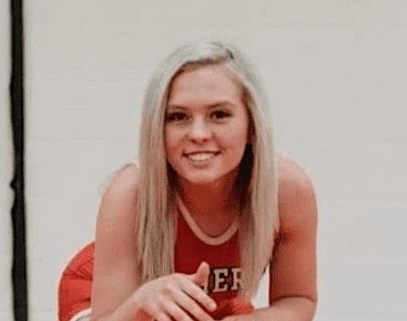 VYPE Magazine editor Matt Browning caught up with McPherson’s Kaleigh Marbut and Haley Schafer to discuss the status and future of girls wrestling.

VYPE: Girls wrestling is the No. 1 growing sport in the country. Why do you think that is?

Marbut: I believe wrestling is the number one growing sport in the country because as it’s getting sanctioned more and more girls are willing to try it because they won’t have to wrestle guys. I also know a lot of girls who weren’t allowed to wrestle because their parents didn’t want them wrestling guys.

VYPE: What led you to getting involved in wrestling? What age did you start?

Marbut: I started wrestling in first grade. I grew up around two of my male cousins who inspired me to try wrestling and I loved it! However I didn’t wrestle in second grade but I went back out in 3rd grade and wrestled through 6th grade then I took a break again and started back up in 8th grade and I’ve wrestled since.

Schafer: I was introduced to the sport at a very young age; I grew up watching my brothers wrestle throughout high school. In the third grade I started my journey of wrestling because I didn’t have a passion for any other sport like I had for wrestling itself.

VYPE: What are/were some of the challenges you have faced being a female in a male-dominated sport?

Schafer: As a female wrestler I have faced many challenges. The biggest challenge I’ve had personally faced is simply being accepted into the sport wrestling itself. As it is a male dominated sport it never mattered if I was ever good or not. Everyone (not just men) never really liked the thought of women “taking on” a rough sport. I think still today most have a false image about why women want to wrestle. We don’t want to take over the sporting wrestling, we would rather share the passion and give different opportunities to young female athletes that we didn’t have and to show that we are more than just pretty things.

VYPE: Wrestling is about toughness and dedication, but what are some other attributes the sport has taught you on and off the mat?

Marbut: Wrestling has taught me determination and time management that I use in everyday life. Wrestling is one of the toughest sports so I know if I can do it, I can do most things.

VYPE: If you were to try and recruit girls to wrestle, what would be your pitch to them?

Marbut: If I were giving a pitch to get girls to start wrestling I would start by telling them how I joined and the stories of some of the girls on my team that have joined. I would describe to them the opportunities girls wrestling provides them, such as: body confidence, a way to stay in shape, and a second family that will be there for you through anything. I would also explain to them that wrestling is a sport that is for any kind of body type and any kind of personality; we don’t discriminate. I would also make sure to tell them that the singlets aren’t as bad as they think and once you’re wrestling you don’t even think about it, because I know some girls worry about having to wear one. Mainly I would show them how much I love the sport and how it has shaped my life and made me who I am today. I wouldn’t be too pushy because that can turn some people away. Instead I would ask them to come to a practice and try it out and see if they like it. Because after one practice how could you possibly walk away and not continue with the sport. I would also tell them about the bounds that are created through girls wrestling and all of the fun memories we make, whether it’s the bus rides where we have singing competitions or fun games before practice and all of the inside jokes that have been created throughout the years.

Schafer: If you want to prove to yourself that you can be, do, or achieve more than what you’ve ever believed possible. Wrestle! I have never experienced something so challenging to the point it would change my mentality for the better. Females are a different breed. Give it a chance and you won’t ever doubt yourself again.