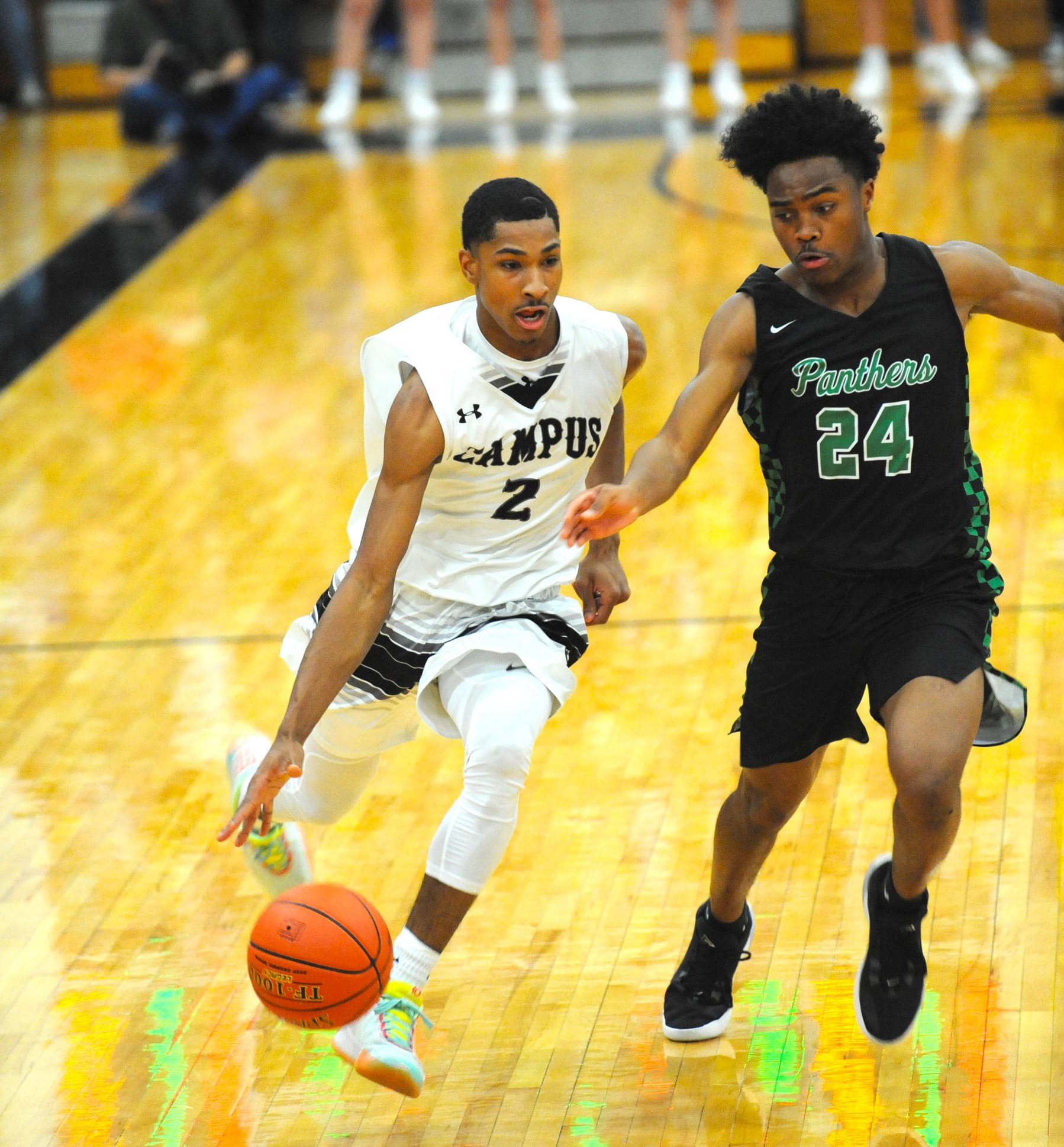 The Campus boys basketball team was selected as the Visit Wichita Team of the Month for their second half comeback victory at Salina South on February 11th.

The Colts forced 17 second half turnovers and defeated the Cougars 64-55.

“We finally guarded in the second half and that defense led to some dunks,” Campus coach Chris Davis. “And that got everybody going.”

“This was one of the games you look on the calendar and circle,” Davis said. “People will look into the score and see we won, but Salina South played a great game.”

Last season, Campus lost five games and Davis believes those losses have helped shape this year’s team and how they cope with adversary and having the bull’s eye on their backs.

“They relish it (having the bull’s eye),” Davis said. “There were lessons learned from last season. I’ve said it all year long these guys are street dogs. They have fought for everything they have.”

The Colts were led in scoring by Shawn Warrior with 18 points, while Keither Florence added 17 and Sterling Chapman chipped in with 16.