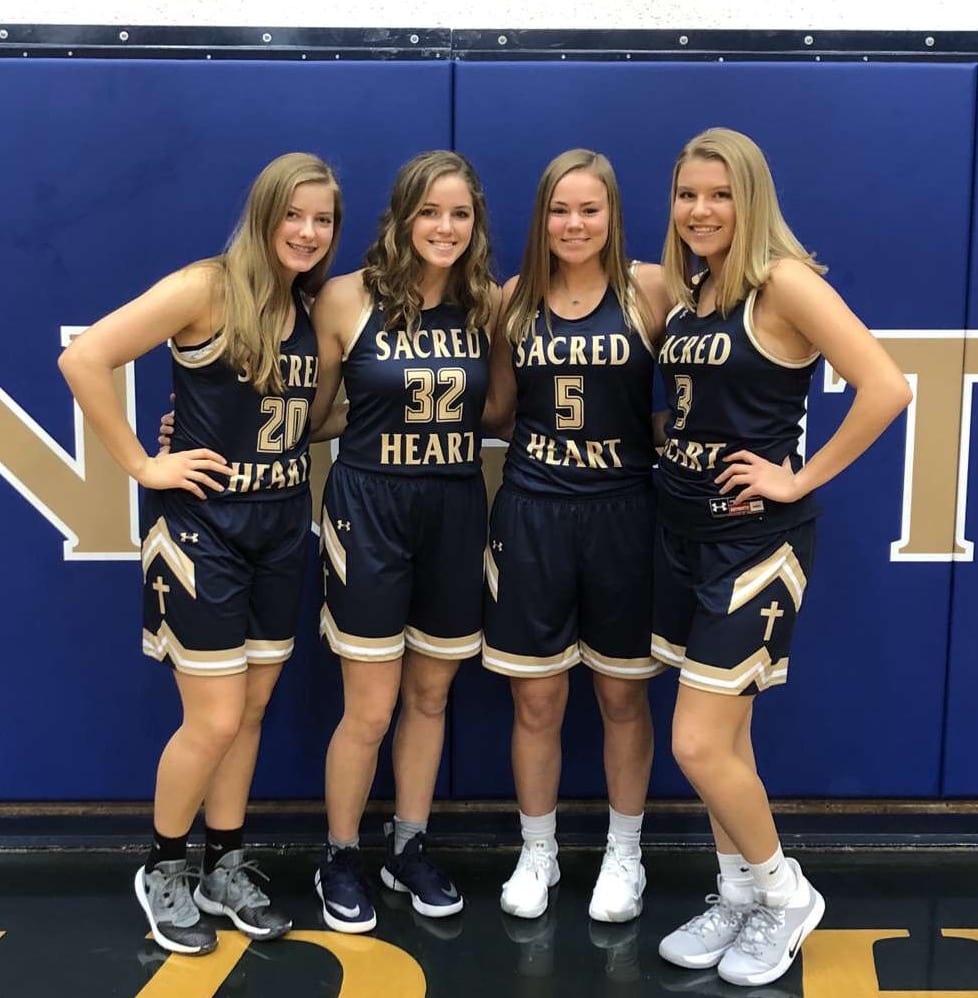 “I am really honored to be nominated,” said Goetz, who participates in volleyball, basketball and track. “But I was also really surprised. It’s also cool to be nominated with my teammates.”

Goetz is involved in Junior Civitan, which is a community outreach program, as well as SAFE. Smith also runs cross country and participates in SAFE, yearbook and Culture Club at Sacred Heart. She will be attending Fort Hays State next year to major in psychology.

She said she has enjoyed her time at Sacred Heart. “I changed schools my eighth grade year from Solomon because my dad wanted me to have a good Catholic education,” Smith said. “It really stressed me out, but everyone really welcomed me.”

The past couple of years have been tough for Cochran, who tore her ACL last season during basketball season. She then had to miss softball and volleyball this season.

She also participates in Scholar’s Bowl and Science Olympiad and will be attending Notre Dame next year and then eventually to law school to become a tax attorney. “My dad when there and it’s a place where I always wanted to go,” Cochran said.

Palen is involved in volleyball, basketball, track and cheer. She is the editor of the yearbook, takes part in student council, the Vice President of SAFE and President of Junior Civitan.

At this time she is undecided on where she will be attending college, she plans to study Communication Science and Disorders to become a Speech Pathologist.

“I feel honored to be recognized,” Palen said. “I think this award is great because it recognizes the work we put in to be student athletes.”