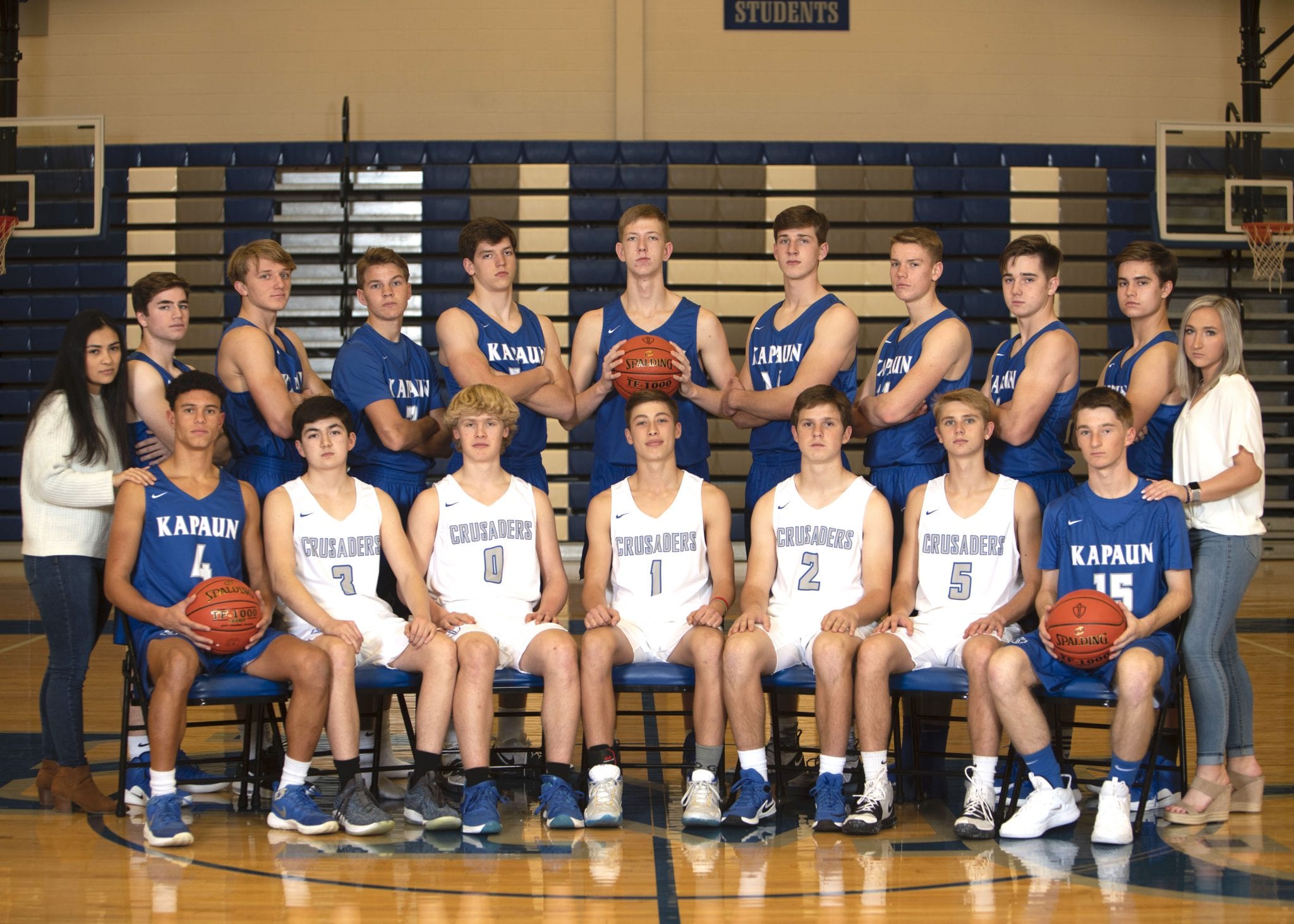 The plan for the 2019-2020 season for Kapaun Mount Carmel boys basketball coach John Cherne was to remain patient. He knew he had talent, but he also figured his young Crusader team, which has only two seniors, was a year away from being a contender in the City League and Class 5A.

But Kapaun has expedited Cherne’s thought process. The Crusaders started the season 9-4 overall, with a winning record in league play.

“I think the team has bonded really well and they are getting along,” Cherne said. “They also communicate well and are holding each other accountable. Those things are necessary to winning.”

Kapaun was not ranked in the Kansas Basketball Coaches Association preseason 5A rankings, but have ascended into the top five thanks to its start.

The Crusaders’ only losses were to Andover, which is ranked second in 5A, by two points in overtime in early December and to Bishop Carroll.

“We are still kind of young,” Cherne said. “We are still trying to figure things out, so it’s (their record) kind of a surprise.”

Kapaun is led in scoring by junior Blake Danitschek (15.1 ppg) and three others, juniors Ethan Stuhlsatz and Grant Johnson and freshman Will Anciaux, all average nine points per game.