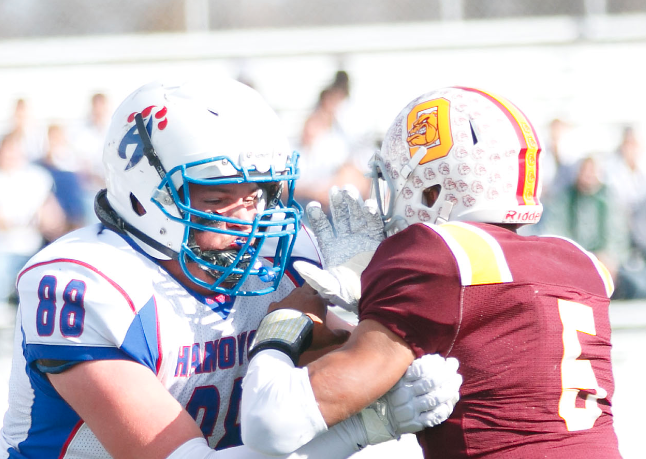 Jonah Weber from Hanover was selected as the Salina-Area football player of the year.

Weber, who is a senior, was a first-team 8-Man Division II selection on the defensive line by the Topeka Capital Journal.

“I am really glad people came together to rally up so many votes for me,” Weber said. “There were some great players who were nominated and just seeing those other names—it’s an honor to win.”

At 6-4, 250 pounds, Weber was a force for the Wildcats during the 2019 season. He finished with 60 tackles, a sack, a fumble recovery and a blocked punt, as the Wildcats made it to the 8-Man II semifinals, where they lost to eventual runner-up Axtell. Weber was the only returning starter from the 2018 state championship team.

“I am really proud of how our season went,” Weber said. “We were an inexperienced team, as we returned only one starter. People wrote us off, but I think that speaks volumes to how good this team will be next season.”

At this time, Weber is not sure if he will play football in college, where he has an offer from Butler Community College. Regardless if he plays football or not, Weber wants to get into the HVAC business. He either wants to own an HVAC business or work for one.