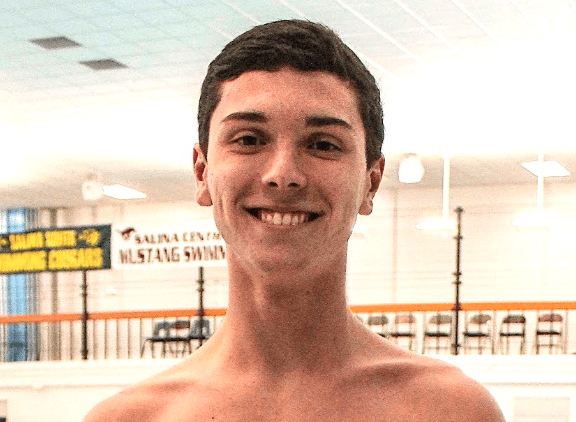 Nick Rost may have waited until his senior year to pick up a second sport, but the swimmer soon realized he could travel just as quickly on land as he can in the water.

“It was my first year ever running, and I ended up making it to our league meet,” Rost said. “I had a PR of 20:30 on the 5K. As for swimming, it’s been going on for about two months now, and will continue another month. I’m hoping to break both the 200 and 500-meter school records this year. As a team, I want us to medal our relays at state.”

Rost is a senior at Salina Central, and he said he enjoys eating out with his friends and going to the movies in his free time. He also mentioned he loves cooking and baking.

“I like to grill steaks with my father, and bake brownies for dessert,” he said.

The swimmer/chef said he is currently deciding between Kansas and Kansas State for his post-secondary education, where he will major in either biochemistry with a premedical emphasis, or mechanical engineering.

As the Athlete of the Month, Rost said he embraces his leadership role, and credits his mother for nurturing in him the attitude of a champion.

“I try to be a better role model by doing everything my coach asks,” Rost said. “I help whenever I can with the other swimmers’ stroke techniques. I’d also like to recognize my mother. She’s always been supportive, and has been a big help in my swimming career.”