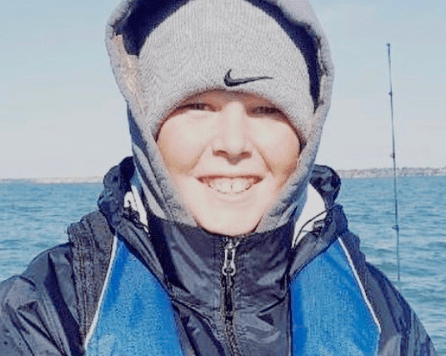 By the age of six, Bennington High School’s Brauer Jilka was already hunting and fishing. Now primarily a fisherman, Jilka loves being outdoors and on the water.

“I enjoy being outdoors because it’s a stress reliever,” said Jilka.

“Being an athlete compares to the outdoors because when you get a rush doing almost anything outdoors. It’s kind of like making the game winning basket and shooting a big buck,” said Jilka. “My teammates here at Bennington High School are always on each other’s side we don’t argue or fight we have each other’s backs.”

Taking care of his teammates and the outdoors are two passions of Jilka. Being a good steward of the land and water is important to the Jilka family.

“It is very important to take care of the land you hunt on because first off it makes the landowner happy and secondly it is putting you in a better position to keep that piece of land under your name to hunt on in years to come,” said Jilka.

Jilka has plans after he graduates from Bennington. “I would like to go to a two-year college and study Business Management.