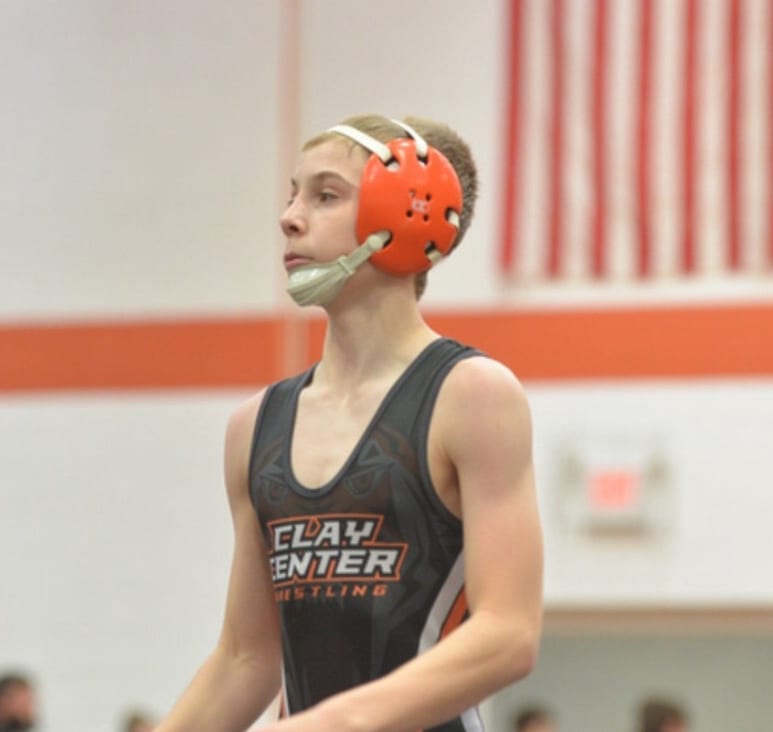 Clay Center High School wrestler Rhett Koppes is ranked coming into the 2019-20 season, but for Koppes rankings are not as important as his performance on the mat.

“To me, rankings are just numbers. I don’t look at them throughout the season. When the state tournament rolls around, it doesn’t matter who you have and haven’t beat. Everyone is on a clean slate and anyone can be beaten. My goal for this season is to become a state champion,” said Koppes.

Starting at the age of four, Koppes took to the mat as a youngster and never looked back.

“I’m not exactly sure what it was that made me stick with the sport of wrestling but I soon became obsessed with it. As I continued wrestling, I learned that I need to go to practice with a positive attitude and focus on getting better and becoming mentally tough. This helped me build up a lot of confidence that I could take out onto the mat with me,” said Koppes. “I also started wrestling the Freestyle and Greco-Roman after my freshman year. These two types of wrestling take place during the spring in summer. I learned a lot from this and got to travel to lots of national tournaments and wrestle kids from different states. One of my coaches told me that, “In order to be the best, you have to wrestle with the best.” I believed that I was doing this and it has helped me excel in the sport of wrestling.”

Wrestling is an individual sport, but there is a team aspect in the wrestling room and during dual season. A fact that is not lost on Koppes.

“My teammates mean a lot to me. This year, I like the intensity that my team is bringing to practice. In the practice room, we are wrestling hard and pushing each other to get better, even when we aren’t feeling our best. We all get along pretty well and like to have fun when we can,” said Koppes. “I feel that we are going to have a pretty strong dual team this year. We are giving up two opens weights, but I believe that our team is good enough to make up for them. As long as we continue to bring the intensity that we have been bringing to practice, we will do pretty well.”

Koppes is a 4.0 GPA student and has worked extremely hard to keep that GPA throughout his high school career. The hard work in the classroom and on the mat has paid off for Koppes.

“Next year, I will be continuing my education and wrestling career at Fort Hays State University. I plan on majoring in Sport and Exercise Therapy. After I earn my bachelor’s degree, I plan on attending graduate school and earning a Doctorate of Physical Therapy,” said Koppes.