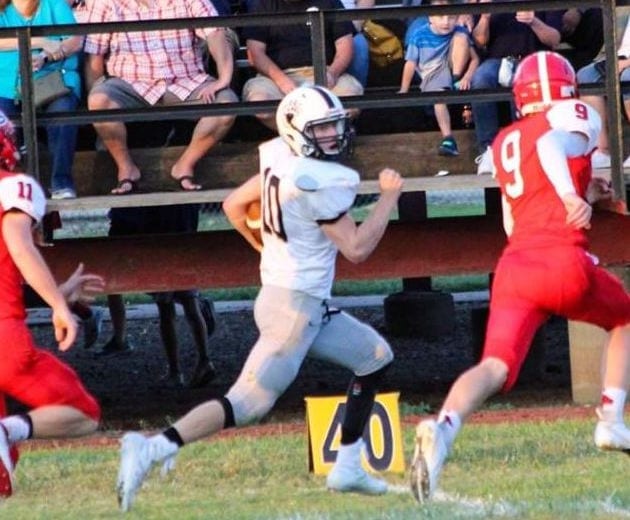 Brady Myers is a senior at Sterling High School who appreciates the community atmosphere of his school. He says that is his favorite thing about Sterling HS.

“You get to interact with everyone and you know who everyone is,” he said.

Myers is an all-around athlete, playing football, basketball, baseball, and competing in track. He is also involved with DFYIT (Drug-Free Youth in Town), which is an organization dedicated to giving recognition to kids who choose to live a healthy, drug-free lifestyle.

Myers may play multiple sports, but football is his favorite. Not only does he enjoy the game itself, but it is something that has been a part of his family for years. “I find my joy in tackling people,” he said. “My family has been apart of this sport for as long as I can remember. As I got thrown into it, I never had a dull moment.”

Someone who serves as a role model for Myers is his brother, who also played football. Myers watched him take the field and soon followed in his footsteps.  “I look up to my older brother,” he said. “He was in high school before me, starting quarterback and safety. I had someone who I wanted to be like. Someone who challenged me to be better.”

Along with his older’s brother’s good example, Myers looks inward for motivation on the field. He strives to give his best so that he can be satisfied with the work he’s put in. “What motivates me is the satisfaction feeling after I get the job done,” he said. “The feeling of success.”

The relationships and memories surrounding football are the things that Myers will treasure most even after his time at Sterling High is finished. “The biggest highlight I have is the family that I have built from the game,” he said. “From teammates to coaches to teachers to other students.”

After graduation Myers plans to continue playing football on a collegiate level and study radiology.