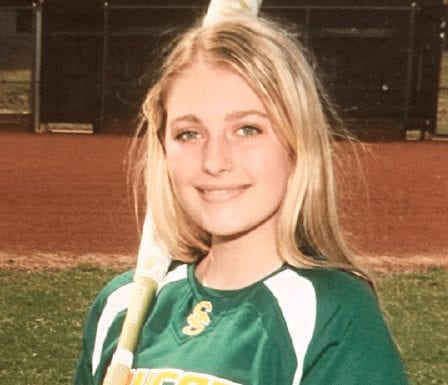 It was a routine winter workout for Kaylee and the Salina South softball team. Nothing out of the ordinary happened. Just conditioning. But when Kaylee was ready to go home, she told her dad her knee hurt. By the time she got home, she could barely put weight on her left knee. Turned out, Kaylee, now a sophomore, had a fat pad cyst, approximately the size of half a golf ball. Surgery was set for Feb. 15, and Todd Herrenbruck performed the arthroscopy. Nate Lee then spent six weeks working with Kaylee on physical therapy. With the surgery being before the season and the intense physical therapy, Kaylee was able to come back to the Cougars’ softball team early in the season, playing primarily left field.